No upfront fees are required for the coding courses. Students at the end of the course will find a job with one of the company’s partners and only after that they pay the course fee in installments.

Bulgari invests in Develhope, an Italian tech school based in Sicily, south of Italy. Develhope has become the first Italian tech school that allows everyone to be trained. This is because Develhope’s main goal is to fight youth unemployment in the south of Italy by training young people with no upfront costs required. The school asks students to pay the course fee in instalments only when they find a job at the end of the course.

Bulgari, interested by the initiative, decided to sign an agreement with Develhope providing six scholarships. As a consequence, six students will have the possibility to become developers for free since no fees will be required.

Develhope is a revolutionary project. This is because Sicily has a youth unemployment rate of 48.3 percent, according to Istat data, and it is among the highest in Italy. It includes 466,000 neets, 35 percent of whom are under-35 years old. Because of that, Develhope entrepreneurs, who opened the school in Sicily less than a year ago, are targeting young people. As Massimo Paloni from Bulgari stated "Today, investing in talent and digital skills guarantees a competitive advantage on the national and international market".

Microsoft estimates that in 2025 the demand for developers in the global market will be 98 million. Yet it is extremely difficult to find them. Develhope is aiming to become a hub of digital innovation in the South. Currently, 200 students have been trained and the company goal is to train a thousand new developers for free within a year. As stated by Develhope CEO Massimiliano Costa, "In Sicily there is one of the worst youth unemployment trends in Europe". This made the CEO realise that there was the necessity to create a project which allows everyone to attend a course even if people cannot afford it.

The coding school recently obtained another two million euro investment. You can apply by filling in a short questionnaire at https://www.develhope.co/en/sign-up/ and taking an admission test. 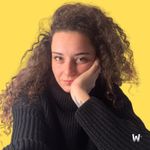